Rev. Sloan standing in the upper balcony of New Vision Church. Rev. Ian Sloan has plans for New vision Church by turning it into a concert venue. New Vision United Church is trying to raise funds for renovations that would allow it to become a mid-size concert space. – Photo by Gary Yokoyama, The Hamilton Spectator

Downtown Hamilton church re-envisions itself as a concert hall

If Hamilton wants to truly consider itself a “music city,” it needs a mid-sized performance venue, something smaller than the 2,100-seat FirstOntario Concert Hall and something bigger than the 450-capacity Studio at Hamilton Place, something that can hold 600 to 1,100 people.

Rev. Ian Sloan at New Vision United Church has a simple solution. Bring his congregation’s 149-year-old building up to building and fire code regulations and you have a concert hall just the right size, with outstanding sightlines and proven acoustics.

Not only that, but you help preserve an important part of the city’s heritage.

“It provides for flexible staging,” says Sloan, “not just music, but theatre and dance.
Just think of it.” ~ Rev. Ian Sloan

“Why build a new one?” asks Sloan, who has headed the church since 2009. “This is probably one of the most significant buildings in the city. I can’t imagine how many lives have been through here.”

If you’re not familiar with New Vision, it’s that big red-brick building at the corner of Main West and MacNab, next to the HSR bus terminal and a stone’s throw east of Hamilton Place. Perfect location for a music hall, no?

On Thursday, between 5 and 7 p.m., the church is opening its doors to the public with an open house. The object is to show off the building’s potential. There’ll be performances by Juno-winning blues guitarist Steve Strongman, organist Shawn Grenke, the Hamilton Children’s Choir and members of the Hamilton Philharmonic Orchestra. There will also be representatives from Toronto-based ERA Architects who recently completed a study of what it would take to transform the building into a performance space while preserving its heritage.

Built in 1868 as a Methodist church, it was called Centenary until 2014 when it amalgamated with St. Giles United and changed its name to New Vision.

Sloan says his congregation is committed to the idea of turning the building into a concert hall, so much so that this summer they took the pews out of the church’s main floor.

The move didn’t affect worship. About 50 or 60 regulars have been holding services downstairs in the church hall for the past two years. But without the pews, you can really see what a versatile performance space it could be.

A horseshoe shaped balcony seats 600. You could put another 500 or so concertgoers in chairs on the main floor where the pews used to be. Or, even better, put a stage in the centre, theatre-in-the-round style.

“It provides for flexible staging,” says Sloan, “not just music, but theatre and dance. Just think of it.”

You don’t have to think too hard. The church has played host to some fairly significant acts in recent years including Whitehorse, Joel Plaskett, The Barr Brothers, the Arkells and Terra Lightfoot.

Last year, American folk-rock group The National headlined a Syrian refugee benefit at the church. It sold 800 tickets at $100 apiece. The promoters (Sonic Unyon Records) of the benefit could have sold a couple hundred more but the city refused to allow more people in.

The publicity garnered by the refugee benefit made city fire safety and building code officials take notice. The church, they realized, wasn’t up to code for concerts. Church services are exempt from such regulations, but not other forms of assembly, like concerts.

Sloan sat down with city officials to determine what was needed to bring the building up to code. A firewall and new stairwell exits are needed to meet fire safety regulations, and 21 new bathroom fixtures to meet building code (there are currently only four). Total cost is in the vicinity of $1 million, including improvements to the inner lobby.

Sloan also envisions more amenities, such as an elevator from the eastside alley to aide acts loading into the facility.

City officials have given the green light for another concert (maximum capacity 800, general admission $29.99) Nov. 18 by Daniel Lanois, the Hamilton-raised musician best known for producing Grammy-winning records by world famous acts such as U2, Robbie Robertson and Bob Dylan.

Sloan, however, would like to see a lot more events at New Vision, as many as two a month. First, he needs to bring the building up to code. And that would take money, something the congregation doesn’t have. The congregation isn’t ready yet to launch a funding campaign, but that will come, hopefully, with the momentum built around Thursday’s open house.

The building is also undergoing a city heritage assessment, which may make it eligible for grants to preserve certain features deemed historically significant. Potential heritage grants, however, would only cover a fraction of the costs.

“The main thing is that we’re committed to getting this thing open,” Sloan says. “We’ve got the building and we’ve got the spirit.”

All they need is the money. 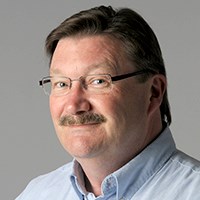 What can you do?

Volunteer, make a donation, or simply share the good news.